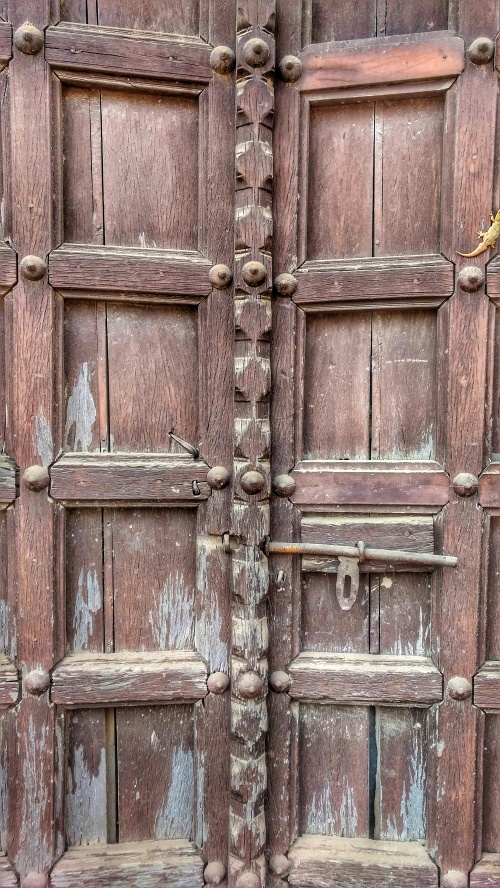 The Beef is Pork confusion

We were in the legendary Tundey Kebabi in Lucknow, Uttarpradesh. We were around 10 people for a one day outing from Banaras Hindu University to Lucknow. We ordered mutton biriyani, mutton chap, chapli kebabs, parathas. None of us eats beef except me and another two friends in the group, one of whom was a friend of us from Herat,Afghanistan, studying with us.

It was a tiring day, as we started at night from Banaras and travelled overnight in train and reached Lucknow. Then we directly went for hot samosa and jalebi, and roamed around under the sun, had some kulcha chola. Visited a few places (not discussing about them here).

After the meal was served, people started eating immediately. The food starting vanishing quickly. Everyone was eating, except our friend from Afghanistan avoided the beef chapli kebabs. I kept his share on the plate. He just continued eating the other kebabs and biriyani. When I told him to eat them before I finish them off, he told that he was okay and asked me to eat them. I thought it was a tiring day, another friend felt very sick and could not eat at all, therefore he might be feeling a bit sick as well. I started to eat his share of the beef chapli kebabs.

The first block of Dalmia hostel at dawn, Banaras Hindu University (BHU), Varanasi. This is the last day we will be staying here as well as in BHU.

The empty ThumsUp and Coke cans

The main internet cable connection comes from outside, most probably directly from the central university servers and into the hostel office. The rooms doesn’t have wall LAN cable outlets. Therefore long wires has to be pulled from the office, through both the floors of the three sections of the hostel, and then into the other hubs, from where students run wires to their rooms. Around 466 people stay in this hostel, and the hub distribution is not that good in this hostel, therefore students have to run long wires to reach the nearest hub. Finding the nearest hub is not a problem, but finding a hub with free ports is. Congestion, more students than ports. Easiest solution, buy a hub, but no one is interested to spend money on a hub. Who moved into the hostel early in the semester, got all the ports empty and got one. Who came late has to suffer. This gives rise to the port Mafias. (Suspense music playing in the background.) END_OF_DOCUMENT_TOKEN_TO_BE_REPLACED

Rangoli in Viswanath Temple, Bararas Hindu University, India on the day of Diwali

A novel idea to use a camera

Not all books are available in the library in enough quantity, therefore not all students get all the books they need, and the class notes are not available online in the department website. Therefore, as examinations approach we start to feel the crisis of books, documents related to specific topics. Generally we share the required books class notes and other study related resources in the hostel when required. At the time of examination it is no more possible, or at least very difficult, to share for them. Therefore the idea is to get the required elements photocopied. Photocopying in such a situation has some drawbacks . Firstly, after you photocopy a section of a book, you may realize that may be another section was required, or you have ended up copying the sections which you did not need. Secondly, if you choose to photocopy the entire book or document, it may feel like a waste, if you are not willing to keep and use that book with you.
END_OF_DOCUMENT_TOKEN_TO_BE_REPLACED